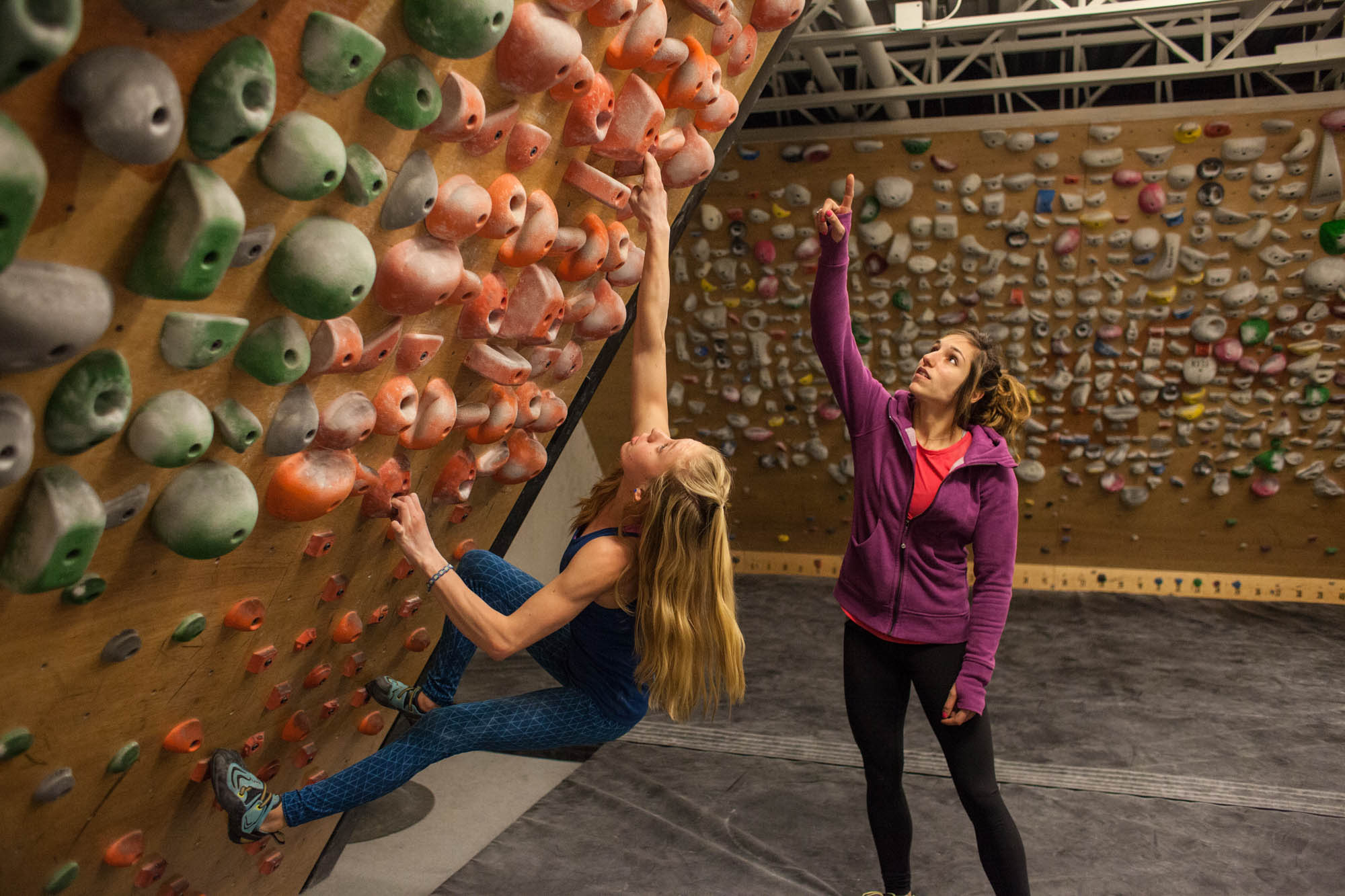 The summer of 2016 marks a turning point, and an extremely exciting time for the sport of climbing. In July, climbing was officially declared an Olympic sport, slated to debut in the 2020 games! This decision will change our sport forever, and the next generation of climbers will have the chance to compete for gold alongside the best competition climbers in the world. This opens the door to HUGE opportunities for Momentum to train future Olympians– athletes who will grow from Team Momentum.

Team Momentum is our youth program that focuses on competition climbing. These Team kids aren’t in the gym simply to have fun, goof off, and treat Momentum like it’s the world’s largest playground; they have goals, and dreams, and projects, and high level competition tied to their climbing experience, much like the ‘professional climbers’ you may have seen featured in magazines or online climbing media. These days, the best competition climbers are often part of a youth or college climbing team anyway. Now that climbing is entering the Olympics, we can expect to see an even larger spike in popularity for teams and training programs like the ones we have at Momentum across the entire country.

New to the Team Momentum just this year, Alex Puccio coaches Sami Singleton on the training deck at Millcreek.

Our current team members are pushing the limits of what kids their age are capable of, and many of them have already earned their place on the podium in national level competitions. Team Momentum even won 2nd place in the overall team award at Sport and Speed Nationals this past July against over 350 different teams. The cumulative team score is based on how many podium finishes each team earns across all ten categories at the National Championships, and Momentum has never done as well as we did this past season. Momentum had multiple standout performances in 2015/2016, and the things that have been even more important to our coaching staff than all the first place and podium finishes in the national arena is that we’ve seen these kids truly enjoying the process of training and improving, climbing with their friends, climbing outdoors on real rocks, and competing their best. To us, the team that has the most fun while still managing to work REALLY HARD is truly the best team.

This past season was our most successful yet. We started the year off with the Team’s first ever formal ‘tryout’ where we were able to add some future rock stars to our team. We welcomed a couple of new top notch coaches as well: Stephanie Hopkins moved to SLC from Australia, and brought her world competition experience and love for the game of climbing to Momentum along with Alex Puccio, who has earned her reputation as one of the strongest female climbers in the world.

This year, as our team continues to grow, we are also welcoming two more accomplished and amazing coaches to our team. Jules Jimreivat has been competitively climbing most of her life and continues to compete on the adult circuit, and can frequently be found outside enjoying our beaUTAHful local climbing areas in between her studies and lab work at Westminster College. We are also excited to welcome back local Salt Lake Climber, Zakk Jensen who is returning to coach Team Momentum since coaching the team back in 2009.

The entire Team Momentum coaching staff has A LOT of love for climbing, our community, playing outside, and above all else, they all truly value how the kids on our team develop as people as well as athletes. It’s a unique and tremendously talented group of coaches, who each use their strengths and perspective to teach the next generation how to be their best. The experience these kids have while on this team can and will teach them a great deal about life, and it’s our coaches’ goal to develop climbers that not only reach their own dreams, but carry themselves the way well respected athletes should. EVERYONE who joins the ranks of Team Momentum will learn lessons about how to succeed, what it feels like to fail, what hard work really feels like, how to set goals, how to manage their time, what it means to be a teammate, what it looks like and requires to be a true champion, and they will probably have a LOT of fun with it along the way.

Next time you see some kids in blue Momentum Team shirts in the gym, we encourage you to say hello and ask them about their training or their next competition. They may even give you some beta on your project!  This team means a great deal to us at Momentum, and we aim to build amazing people, not just amazing climbers. Don’t be afraid to make an effort to inspire them…lead by example, and let them see what it looks like to ‘be a real climber’.