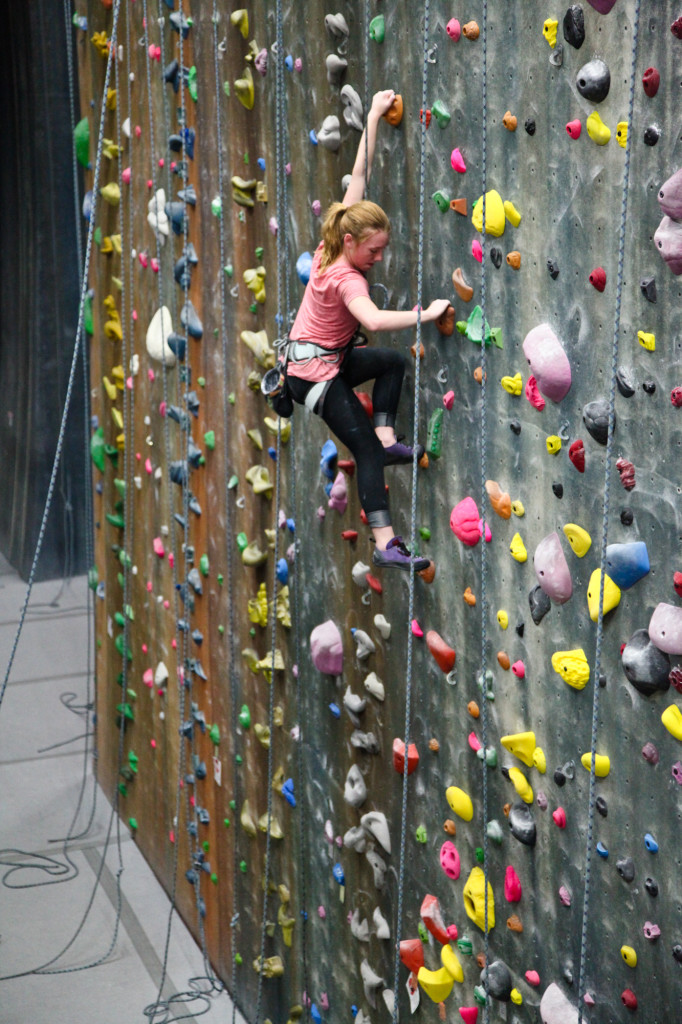 Youth club members Stewart Robinson and Neve Lahy summited Everest! Well, sort of. As part of a challenge to climb as many vertical feet as there are in Everest, the youth club has been logging their climbing with the goal of climbing 29,002 feet!

Here are a few numbers to put this challenge into perspective. Mount Olympus is only 4,177 feet tall, Momentum’s tallest walls are only 42 feet and its shorter walls are a mere 35 feet. If a climber was to climb only the tallest of Momentum’s walls they must climb 691 routes to climb “Everest” or climb Mt. Olympus 7 times. Climbers are also allowed to log boulder problems for 10 feet of elevation gain.

Both Neve and Stewart have been working on the goal since July when youth club coach, Nicole Brandt, challenged the club to climb the world’s tallest peak.

“I created the Everest expedition to increase their awareness of how much they are climbing and as a way to build their endurance for the upcoming month of mock leading,” explained Nicole.

Stewart started knocking out some serious mileage by adding 25 laps to the end of each youth club practice, but Neve quickly caught up by knocking out routes in sets of 40. The two had the initiative and drive, not to mention awesome belay support. Their fathers, Tosh Lahy and Shawn Robinson, belayed the two tirelessly in long, up-down sessions while they made their final push for the summit.

“It was really motivating and got me loving climbing even more,” explained Neve Lahy. “It pushed me to do a lot of endurance training. I am glad I did it.”

Nicole says a reward awaits the club when everyone is on the summit together. Until then, the youth club will be learning about lead climbing and mock leading and is welcoming Greg Paul on Thursday (9/12/13) to discuss his own Everest experiences and preparations for his 2014 expedition. Feel free to join the youth club for Greg Paul’s Everest presentation in the MAC and keep up with training blog at gregclimbing.com.

Nicole and the entire youth club would like to thank all of the great sponsors that donated  to help increase the motivation. Thanks Giddy organics, Bluewater ropes, DMM, Red Chili, and CAMP.